With IR35 consultations underway, what will the future hold for Contractors? 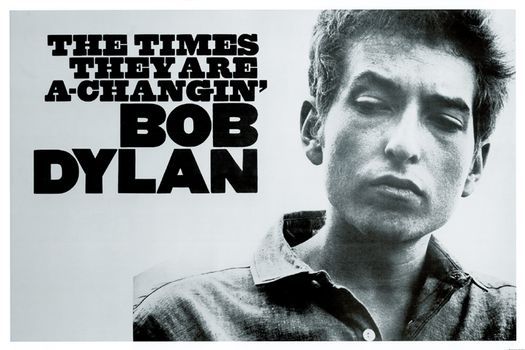 The government recognises that many individuals choose to work through their own limited company. However, where people would have been employees if they were providing their services directly, anti-avoidance legislation commonly known as IR35 introduced in 2000 requires that they pay broadly the same tax and National Insurance as other employees. As highlighted by reports from the Office of Tax Simplification and the House of Lords, it is clear that IR35 is not effective enough. Non-compliance in this area is estimated to cost over £400 million a year.”

The government has asked HMRC to start a dialogue with business on how to improve the effectiveness of existing IR35 legislation. The government wants to find a solution that protects the Exchequer and improves fairness in the system.

As always, it is helpful to understand who is behind this initiative: HMRC or the government? I do not know the answer for certain, but these paragraphs came as a real surprise because HMRC have already been having a dialogue with those parts of business most affected by IR35. This has been going on since 2011, when the IR35 Forum was set up at the suggestion of the Office of Tax Simplification, its aim being to advise on improvements in the administration of IR35.

There seems to be a lack of joined-up thinking here. The only obvious results of four years of deliberations were the famous business entity tests. Unfortunately, these had to be withdrawn after a couple of years because the public sector was incapable of operating them properly. As for the private sector, the reality is that hardly anyone pays any attention at all to IR35, even though there is an obligation on personal service companies to self-assess IR35 liabilities if they arise. This cannot be condoned, but it is a fact of life. It is also the case that very few cases are actually investigated. We have ended up in an environment which does not work for anybody.

What is really doing on here? HMRC’s document is revealing. Having discarded several other options which they recognise as ineffective, the document suggests that â€œthose who engage a worker [emphasis added] through a PSC [personal service company] would need to consider whether or not IR35 applies and, if so, deduct the correct amounts of income tax and National Insurance contributions as they would for direct employees.

I will consider the implications of this later in this article, but first one very important point needs to be made.

The Red Book referred to above says IR35 requires that [those it affects] pay broadly the same tax and National Insurance as other employees. This is fundamentally wrong. It actually requires quasi-employees to pay very much more than this, because they have to pay the employers share of National Insurance as well as their own, while the business that HMRC regard as the employer is for some reason let off this impost. The employer may pass as the person paying it in the eyes of some in government, but to purveyors of plain English, and to those in the real world who might be affected by the tax, this is plainly not the case.

The idea presumably is that the employer pays some extra money to the contractors which they can use to pay this levy. Like all such utopian ideas, this just does not happen.

Any analysis which does not take this basic point into account is fundamentally flawed.

Let me put forward a suggestion. Instead of trying to improve the effectiveness of IR35, which is broken beyond repair, why not replace it with something simpler? This could be levying a new class of employers National Insurance on those that HMRC deem to be employers, when payments are made to companies providing their labour. There will doubtless be squeals from the very same businesses that lobbied the government into backing down from making them operate IR35 when it was introduced in 2000, but this suggestion is a great deal simpler than that original proposal. That would have made the employer responsible for the whole of the PAYE and National Insurance contributions, whereas this suggestion leaves the employees side as it is.

Employers National Insurance should be paid by employers is, I think, pretty hard to argue against as a principle for raising tax.

While employers will doubtless protest, how many of them would actually be affected by such a proposal? A good many of the contractors that IR35 is aimed at work for the government. Employers National Insurance, in this instance, is circular money travelling around various government departments and it should not be difficult to find a solution that satisfies everybody. These comments also apply to local government and large charities, because these are substantially funded by the central government too.

So what about the private sector? Banks have, traditionally, been wholescale engagers of labour via personal service companies and would be affected by my proposal, but in the current political climate they are not in a strong place to lobby against additional tax liabilities. What about the construction industry? There may well be protests from that sector, but it is not noted for the widespread use of personal service companies.

The reality is that if the government were to put this charge on to deemed employers, it would be easier to collect and more likely to be paid, without any theoretical change in the circumstances giving rise to the tax. Facing down the lobbying cries would be a price well worth paying for that.

It is when the attempt is made to force the deemed employers to deduct employees National Insurance and PAYE that one can expect trouble. With the new dividend tax coming in next year this ought not to be necessary anyway  there will be little incentive to incorporate if employers National Insurance is paid by employers.

The PAYE system is not geared up towards collecting money from the end-users of labour when there is a string of companies in the way, and trying to do so is bound to be messy. If the users of labour were to pay the secondary National Insurance contributions, there would obviously need to be some system for identifying what has been paid, so that if the PSC pays a salary above the threshold this does not have to be paid twice. That, though, would be a minor piece of bureaucracy compared with many and a small price to pay for getting rid of some of the more intrusive and complicated requirements of operating PAYE. That there is very little incentive to incorporate now is shown by

Dividend v Salary compares an employee on a salary with a taxpayer with his own company who has the employers National Insurance paid by the employer, after the new dividend regime comes in in 2016. Under the dividend model, the person takes a salary equivalent to the personal allowance; I have also assumed that his company pays £1,500 in accountancy fees.

On gross pay of £20,000, he is now better off without a company. After that, the advantage moves towards incorporation, but starts coming back down again, because for higher rate taxpayers the marginal rate is 46% for those on the company model against 42% for those on the salary model. The point of maximum advantage for companies is about £58,500, giving a difference of a little over £3,000. At that level there might be some tax-motivated incorporations but, bearing in mind that it is barely worth it at both lower and higher levels, I suspect that it is not something that accountants will suggest as a matter of routine. Many people do not like the hassle of having to run a company and require a bigger incentive than is shown in the Dividend v Salary table to feel that it is worth the bother. Further, there is always the danger that these tax rates will be tinkered with in the future so as to reduce the differential still further. Perhaps the government could take a deep breath and abolish IR35 altogether, just collecting the employers National Insurance as suggested above?

It is clear beyond any doubt now that IR35 is not just an unenforceable and punitive tax provision: it is deeply flawed in its design in a number of ways. One of the most controversial things about it is that, when investigating and as a matter of routine, HMRC must go to the contractors end-clients to get information about their contracts and the way that they work. In the private sector this causes huge resentment. Contractors feel, in some cases with justification, that their clients will think that they are causing trouble and wasting their time and will want to get shot of them. HMRC compliance activity ought not to lead to the loss of work.

It is not as if this kind of risk is something that ought to go with the turf. In certain industries, a contractor will probably have heard about IR35, but what does he find when he wants to know whether it applies? Remember that there is legal obligation to self-assess each and every contract to determine whether or not IR35 applies.

The HMRC IR35 helpline also merits a mention. This has been a consistently good source of advice throughout the unhappy history of IR35, and users are promised that any information you give won’t be shared with HMRC compliance teams. However, I gather that I am not the only person to have found somebody working on both sides of this particular Chinese wall. I am not the only person to have discovered the same inspectors working on the helpline as in compliance teams. While I can accept that information will not be deliberately shared with compliance teams, what procedures are in place to see that this does not happen accidentally? This does not look right.

It is time for IR35 to go, it is time to scrap it completely and replace it with something that collects the tax from those who ought to be paying it. “Employers National Insurance should be paid by employers.

Contact us today for a free no obligation consultation.