You can't make a silk purse out of a sow's ear 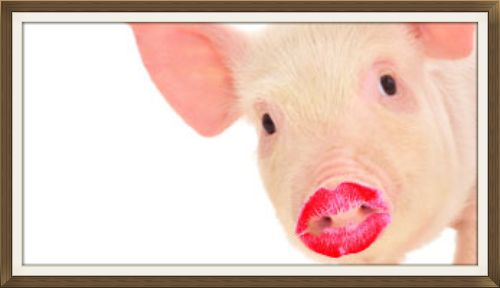 If you have to Log-On to access your Accountant, then almost certainly you will be paying more tax than you are obliged to.

Read the real life examples below to see how choosing the wrong accountant can end up costing you dearly.

A client recently came to us from a large well known Accounting Services company, purporting to specialise in Contractors. The subtle wordplay is hiding the fact you will never actually speak to an Accountant, if you speak to anyone, you will speak to a Specialist!

The client had been with this outfit for a number of years, happily logging into their Web Portal, spending several hours each week performing his inputting duties, letting them perform what he considered was their work in the background.

Inevitably as the clients revenue grew, he began to see that actually, no work was being performed in the background, and other than the collation of his data, he was essentially paying for a piece of software. The client needed an accountant to discuss face to face his plans and objectives, to derive a tax strategy that would enable him to grow and achieve those goals, that is when he engaged F9.

Having reviewed the clients accounts for the past periods, we identified that the old Accountant had missed planning opportunities resulting in excess corporation tax payments of around £4,000 per year.

But that was not all, we then identified the Accounting Services company had been applying an incorrect rate in the calculation of his VAT liabilities for the past 4 years. This resulted in an overpayment of VAT in excess of £2,800, which we promptly applied for and got refunded.

Over the period of engagement this client suffered overpayments and missed opportunities totalling in excess of £30,000, thats over £400 per month lost cash.

A Project Manager for a large bank who had an Accounting qualification gained in South Africa came to us late last year. He was seeking advice around a plethora of penalty notices he had amassed relating to VAT, PAYE and Corporation tax.

It transpired that he had been contracting for several years through a limited company he had incorporating himself online. He stated he had made the decision to manage his own affairs given that the incorporation had been so simple, how hard could it be? (his words not mine!).

Having reviewed the penalty notices along with the one set of accounts he had managed to produce and file at Companies House, it was apparent, his accounting days had long passed!

Essentially this guy, in trying to save an Accountants fee, had not only produced erroneous financial statements, resulting in increased tax liabilities. He had also breach pretty much all the rules around VAT, RTI Payroll, Self Assessment Income Tax and Corporation Tax reporting requirements. On top of all these financial consequences, he was genuinely stressed and concerned, and rightly so, at the situation he was now in.

The penalties alone were then in excess of £2,000, and missed planning opportunities from the failure to operate a correct Payroll regime alone had cost him over £4,000 each year in additional Corporation Tax payments, a total cost of £400 per month.

The moral of this story has to be, leave it to the professionals.

An Electrical Engineer incorporated his Sole Trader business a little over two years ago. The incorporation was instigated entirely by markets forces, with his main contractor refusing to provide additional work unless he was a Limited company.

Having happily utilised the services of his current accountant for his Sole Trader business, the client assumed she had the knowledge and ability to advise and mange his affairs under the new structure.

Needless to say the little old lady, who charged minimal fees, appeared capable when filing Self Assessments for Sole Traders but proved hopelessly out of her depth when it came to managing the Limited company.

In the first instance, at no point were the risks of operating contracts under this structure explained, there were multiple late RTI filing penalties due to total incompetence and lack of knowledge around these new rules, as well as penalties and fees for late payment of Corporation tax. The client was under deduction for CIS and at no point was a claim made to offset this tax with PAYE, NIC or the Corporation Tax liability.

All capital planning options were removed as only one Share class was allotted pre trading, and Goodwill was undervalued leading to a significantly higher personal tax charge.

The client came to us with missed opportunities and tax penalties exceeding £25,000, and this was accrued in just over 18 months.

This case highlights the fact, as your situation changes, so should your expectations of your accountant.